Preparing for Depositions in Colombia

El Dorado International Airport in Bogota is the largest international airport in Colombia. Airlines offering direct flights from major U.S. cities (New York, Miami, Houston, for example) include United and Delta.  It takes approximately six hours non-stop from New York, five hours from Houston, and four hours from Miami.  For a witness flying from Caracas, Venezuela, it will take just under two hours.  Your Ecuadorian witness will also have less than a two-hour flight from Quito to Bogota.  Interestingly, there are no direct flights from Brasilia to Bogota, and flight times will vary considerably (from 8 to 17 hours).  There are direct flights from Sao Paolo averaging just over five hours.

Colombia’s temperatures vary by altitude, but they fluctuate little throughout the year due to the proximity to the equator.  Bogota always feels like springtime weather, with cooler days and somewhat chilly nights.  Temperatures range from a low of 5°C (41°F) to a high of 20°C (68°F).  The climate is mild, generally wet and warm, although drier times of the year are December through March or July and August.

For more information on taking depositions in South America, or anywhere, please contact Planet Depos – American Realtime at 888.433.3767, or by emailing international@planetdepos.com. 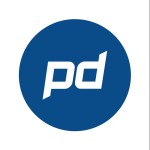