The Importance of the Court Reporter’s Neutrality

Court reporters are the undisputed “keepers of the record.” Their impartiality is one of the three legs upon which the American justice system stands. Knowing what to do and when to do it in order to maintain that stature is critical to the stability of the legal system.

We compiled a few of the more common scenarios that our court reporters face in their everyday work. The actions they take either ensure or jeopardize their neutrality and integrity in conformance with NCRA’s Code of Professional Ethics (COPE).

Often court reporters will come up against this one. Witnesses, while usually directed by their attorney otherwise, like to respond with head nods, gesturing, or other non-verbal responses.

COPE Advisory Opinion 31 supports this behavior, indicating “When a reporter is intentionally placed in the position of being a factual witness at the direction of counsel for one party, that reporter may be viewed as an advocate for one party over the others. The reporter thus loses the impartiality mandated by Provision No. 1, creates a conflict of interest (Provision No. 2), and generates the appearance of impropriety (Provision No. 3).”

Scenario 2: Going Off the Record

One party will often request that the court reporter go off the record, but the other party or parties do not agree.

As the keeper of the record and officer of the court, court reporters are not to go off the record until all parties agree. It is the job of the lawyers to come to an agreement, and you must keep the record open until that occurs.

This is supported by COPE Advisory Opinion 6, which states that a reporter must be “fair and impartial toward each participant in all aspects of reported proceedings and maintain the integrity of the reporting profession.”

Scenario 3: When To Provide Deliverables

One side may reach out to the reporter to provide them with a copy of the transcript, exhibits, or audio for review prior to it being available to all.

In order to maintain impartiality, reporters must never provide any type of deliverable to one party or to a third party for review prior to making it available to all the parties.

Providing them to one party first would be in violation of COPE Provisions 1, 2, 3, 4, and 9, which speak to the importance of neutrality, to the security and confidentiality of all the materials in their possession, as well as to the fact that one must be vigilant and guard against “not only the fact, but the appearance of impropriety.”

Scenario 4: Giving Opinions on a Case

At the conclusion of the deposition, an attorney may ask the court reporter for his or her opinion of the witness.

Once again, to the point of neutrality, a court reporter must never offer personal opinions about any aspect of a case.

Providing a party with a personal opinion would be in violation of COPE Provisions 1, 2, 3, and 9, which speak to the importance of impartiality and integrity of the profession.

Court reporters not only preserve the integrity of the profession, they ensure that every litigant receives “Equal Justice Under Law.” 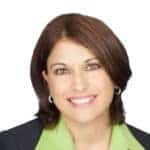 Kathy is a recognized leader in the court reporting industry with more than 37 years of experience, including dedicating more than 20 years of her illustrious career to the National Court Reporters Association, culminating as its President. Kathy oversees the recruiting, vetting, and onboarding of Planet Depos’ talented team of professional court reporters.