Cross-cultural manners between the United States and the United Kingdom are fairly straightforward. However, there are differences that pop up when traveling across the pond that can impact business. Here are some tips on minding business etiquette in the UK.

Language and its entailed cultural carriers and our overlapping history make for a lot of surface similarities between Americans and Brits. Assuming there are no cultural differences can lead to missteps that impact business and personal relationships. Without understanding the differences in social expectations, Americans can come across as rude and unpleasant.

Lateness is considered highly impolite in a very time-conscious British society. Even the trains run on time—in the worst of winter weather. So should you. While the Brits may seem like they are perpetually hurried, they actually consider time a highly valuable resource and are economical with it. For social events, this is less the case. But, in business, you should arrive a few minutes early.

Travel Tip for London: Getting around in London can be tricky. The traffic and streets are famously congested. Consider having a hotel nearby appointment centers. Using the subway, or tube, is more efficient when trying to get around town. 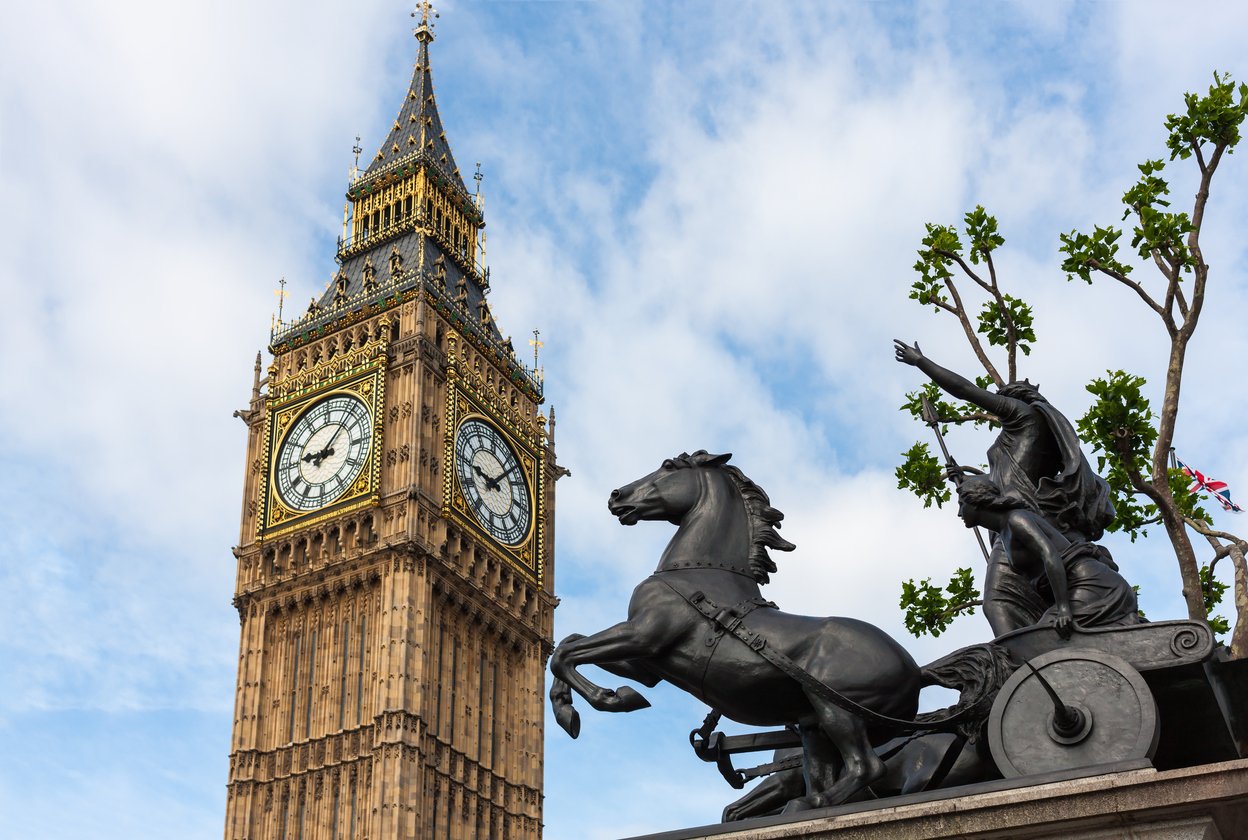 The United Kingdom is not warm and fuzzy, particularly in the Metropolitan areas like London. They are, however, very courteous. Do not cut in line, shove, or execute bodily functions. Frequent use of “sorry”, “thank you”, “pardon”, and “please” are standard. Being overly friendly can seem intrusive. However, being abrasive is uncouth. Avoid hard pitches, being pushy, and confrontation.

Compared to the Americans, the British can feel stuffy or overly formal. Mind titles and formal addresses unless given explicit permission to do otherwise. Business and social structures are more hierarchical than in the United States. They are also very respectful of space, so avoid patting people on the back or personal touch.

People dress and behave on the conservative side, wearing traditional business attire in dark and neutral colors. However, mind your conversation. The United Kingdom has high taxes and expects a great deal of social justice and governance as a result. Avoid sensitive topics, like politics, GMOs, environmentalism (waste management is a hot button and recycling is high), Brexit, et cetera.

You may be encouraged to respond to questions about American political views. Politely change topics with a smile. 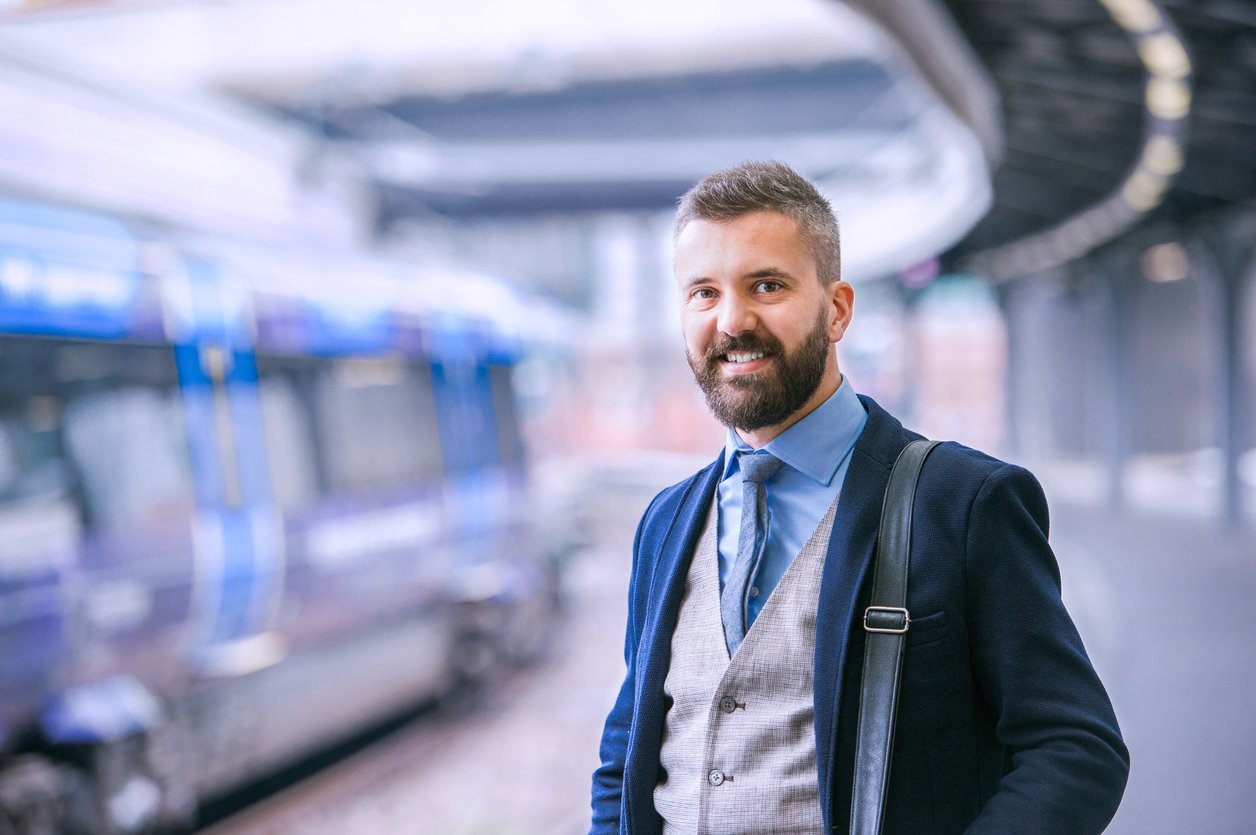 Business Etiquette in the United Kingdom

The British appreciate traditional business attire and clean, well-groomed presentation. Be neat, clean and well put together. While some industries are modernizing to allow more casual dress, the safer bet is professional. This is especially true within the legal profession, which is particularly formal and traditional.

The United Kingdom, unlike Asia, will be responsive to self-introductions using a variety of methods. You can cold-call, email, or contact people through social media platforms. Introducing yourself at networking or meetup events is perfectly acceptable. While a personal introduction is always helpful, not having one will not stop business.

Courtesy can mean that confrontation is avoided, leading to indirect or evasive responses or ironic speech. Decisions are made from the top-down, so expect that meetings may not result in an immediate response. They may be more productive towards later decisions.

Business lunches and dinners are common practice, especially in metropolitan centers like London.

Handshakes and a little small talk will start most meetings. Unlike Asia, which prefers a softer handshake if any, a firm handshake and smile are ideal. This is the most touching the English consider polite in business (and often in personal relationships). They do not hug or kiss in greetings.

While may cultural similarities exist, there are a few British gestures to be mindful of.

Two fingers can be vulgar in several ways.
First, imagine a peace sign, but put the index finger and middle finger together. Sticking these two fingers up is the equivalent of flipping someone off in America. These fingers are bow fingers, which were cut off English archers in previous wars.

Second, keeping that peace-sign V and turning it upside down is another obscenity. Avoid it.

Tapping the side of your head can indicate someone has smarts in the United States. Unfortunately, it means someone is stupid in the UK.

Gifts, Drinks, and Social Etiquette in the UK

Like the United States, gift giving is not a central part of business in the United Kingdom. There are standard courtesies that should be obeyed nonetheless.

If sending a thank you gift, a small gesture is acceptable. They follow the same guidelines as the United States. 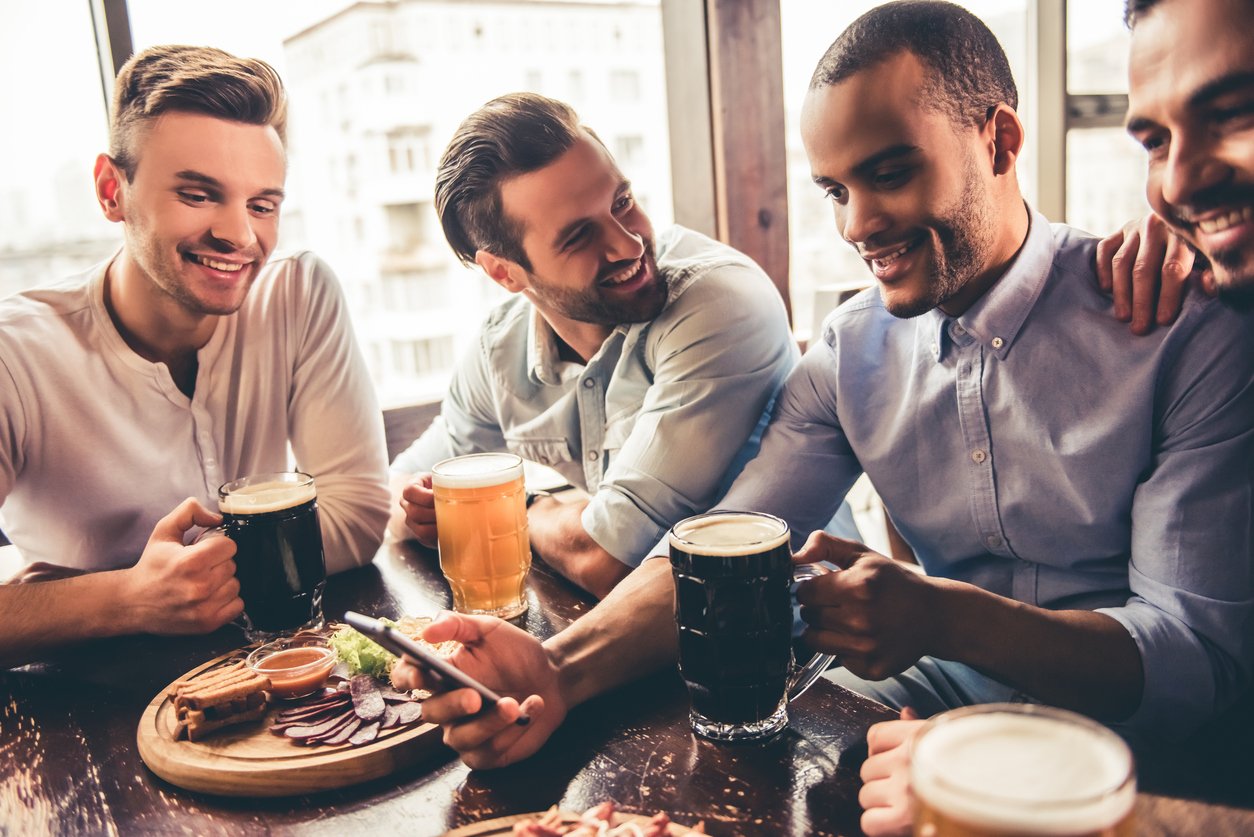 Like in the US, inviting colleagues or business counterparts to lunch, dinner, or an event is appreciated. It is not required. If you invite someone out, you should expect to pick up the tab. It’s a courteous gesture.

Having drinks after work is commonplace and part of standard business practices. It’s called “pub culture” in the United Kingdom. It’s not too forward to invite colleagues and counterparts for drinks after work. Buying a round will curry favor. 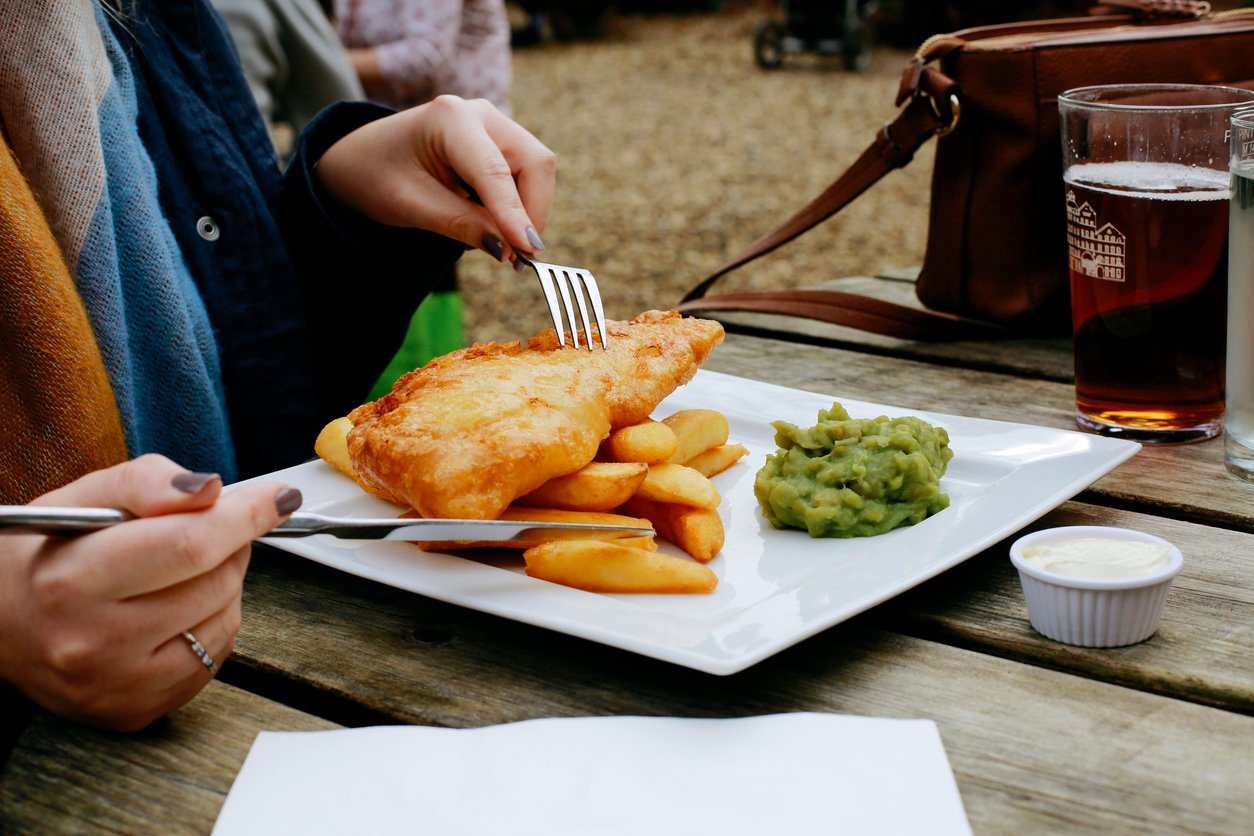 Tips for Getting Around in the UK and London

What is a flat?

A flat in England is an apartment. It usually refers to the whole floor, but sometimes is used simply to refer to any apartment.

What is a lift?

If someone tells you to take a lift, they mean the elevator—not the car share service. (Car share services are more available in England than in previous years.) 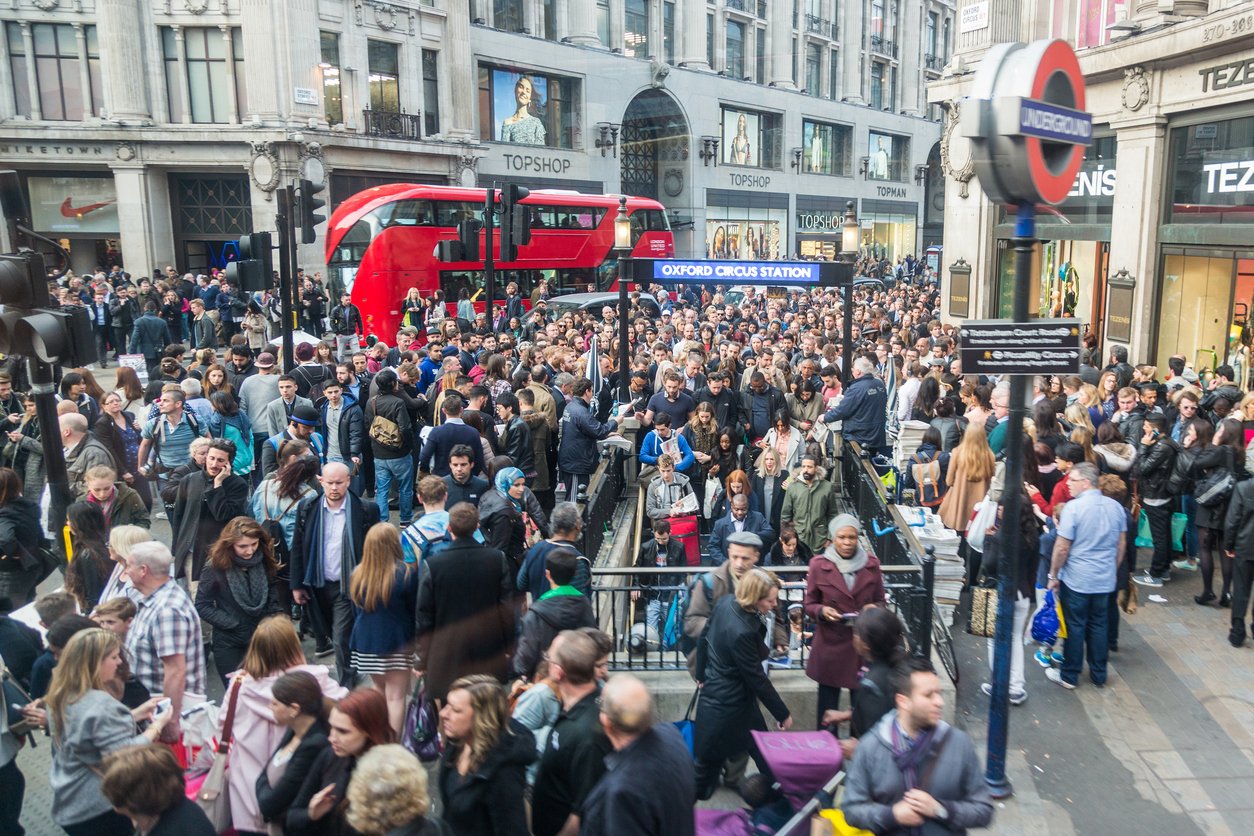 What is the tube?

The tube, or Underground, is the English subway and metro system. As noted previously, traffic in London can be impossible. The tube is a more effective way to travel.

Driving on the “wrong side” of the road.