What is a stenographer?

A stenographer is a person who makes a written verbatim record using a unique shortened writing style called “steno” on a steno machine. Steno is “written” on the machine using a special theory that is based on syllables, rather than letter by letter, as is done on a typical keyboard. This shortened style of writing and unique keyboard layout allow stenographers – or court reporters, as they are most commonly referred to – to type on average more than 200 words per minute. Some court reporters can type over 250 words per minute with very high rates of accuracy.

Stenography is primarily used in legal proceedings, during court reporting.  However, stenographers also work in other fields, including live television closed captioning, forums for deaf and hard-of-hearing audiences, as well as making the record for governmental agency proceedings. 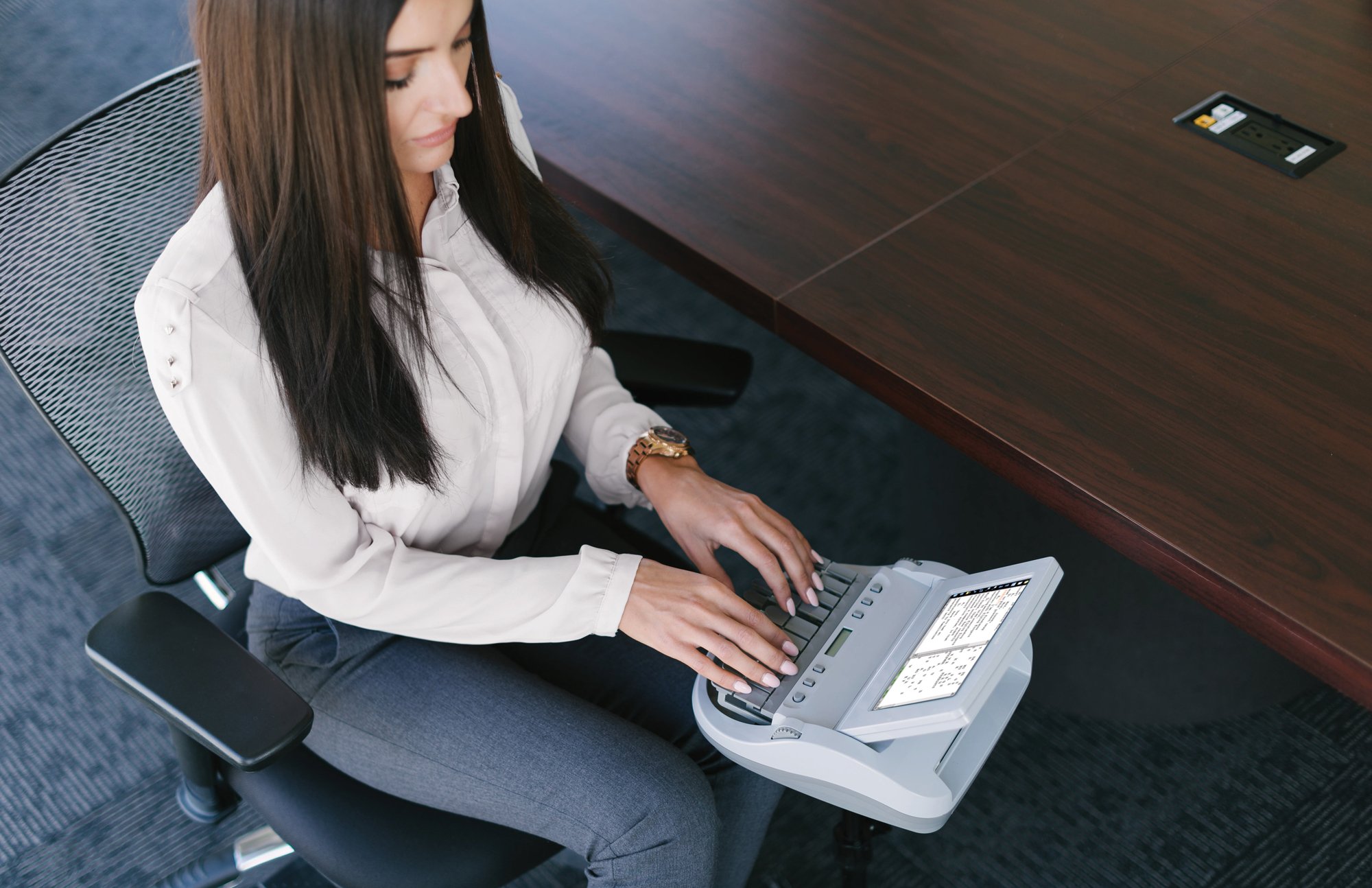 A stenograph machine, or steno machine, is used by a court reporter to make a written verbatim record of a proceeding. Court reporters may work live or off of recorded proceedings, but speed and accuracy are always critical. Due to the speed requirements (minimum 225 to complete the program), steno machines are designed to “write” a phonetic-based type of shorthand that also allows for whole words and phrases to be written in one stroke of the keyboard.  This is what allows court reporters to write at such high speeds.

How does a steno machine's keyboard work?

There is a “home row” of sorts, much like a QWERTY keyboard, which is the starting point for “stroking” the outline of a syllable or word or phrase.  The left and right sides of the keyboard are where the initial and final consonants of a syllable or word are positioned.  Not all letters are represented by single keys, but instead a combination of keys depressed together. 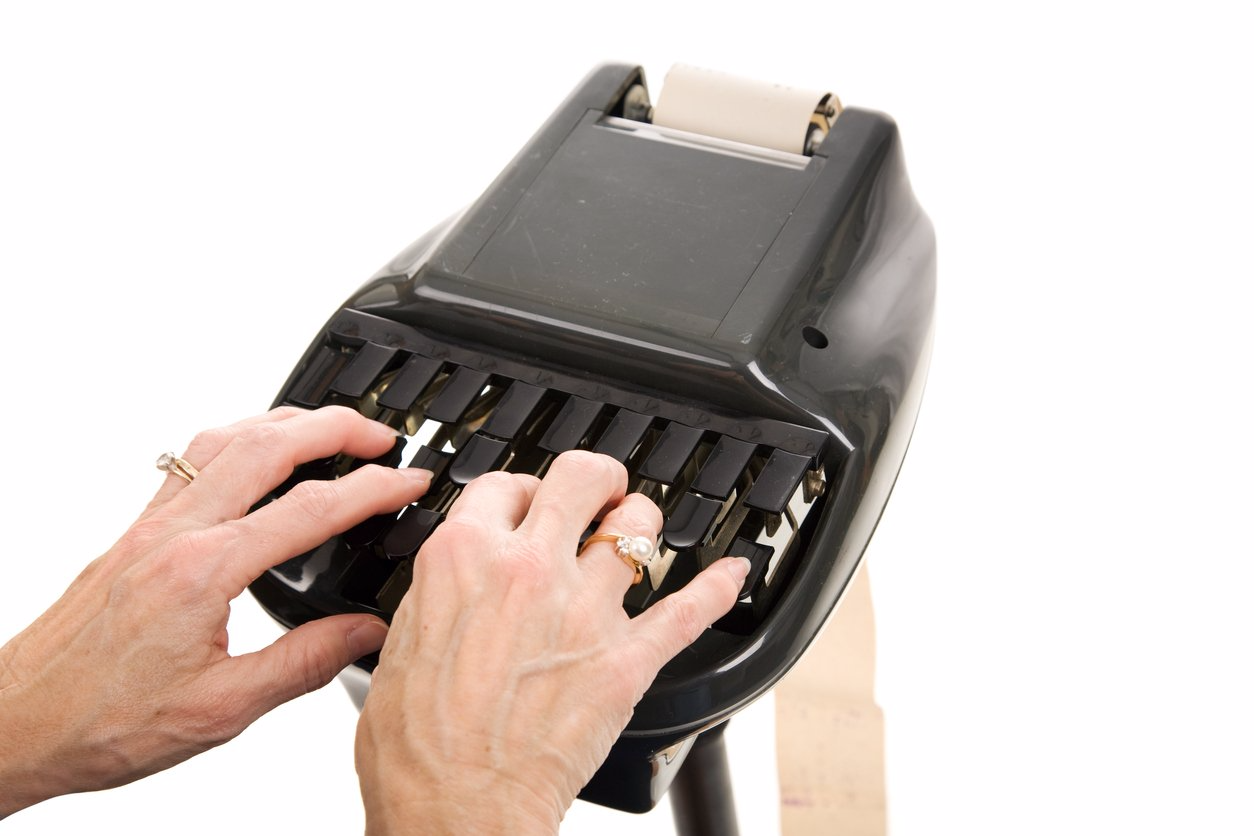 Unlike a typical keyboard, multiple keys can be depressed at once.

The middle key between the consonant banks is the asterisk key used to indicate a correction of the last or multiple strokes. The lower four keys under the consonant keys are where vowels are positioned.  Yes, we know there are five vowels, but the vowel I does not have its own key.  A short I is represented by the E and U keys on the right, and the long I is represented by depressing all four vowel keys together.  It’s a foreign language of sorts. And lastly, the bar across the top of the machine is for writing numbers.

Steno machines do not use space bars or return keys. The words move the type through the machine without normal spacing.

How is the shorthand on a steno machine read?

A translation of the transcription occurs when the steno is matched against an English definition contained in the court reporter’s “dictionary,” or the software that they have customized personally to read their steno theory. Today’s technology allows for realtime translation, providing an instantaneous feed to lawyers, judges, and litigants in the legal setting as well as to hard-of-hearing students in a classroom and to television viewers in the form of live captions.