The Mobile Videoconference Deposition and the Videographer

As you build your knowledge in all things remote deposition, a topic worthy of discussion is mobile videoconferencing (MVC) and videography. Is the deposition automatically video-recorded with the software? Or do you need a videographer?  And where exactly is the videographer, if there is one? With the deponent? In their own home or office? How does video work in an MVC? These are legitimate questions, so, let’s get to them.

Mobile Videoconference Deposition Without A Videographer

Should it be needed at a later date, it is possible to edit and sync the MVC recording. The hours needed to edit the recording would make it cost prohibitive to do so in most cases, however. It is an option, but as always, the expense of the process is a factor to consider carefully when deciding whether to add video to a remote deposition.

Mobile Videoconference Deposition With A Videographer

Now you know how the MVC recording works. What about when you schedule a videographer? Where is the videographer? How do they capture only the deponent on video? 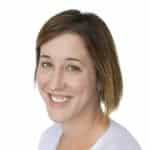 Suzanne Quinson is the Content Marketing Strategist with Planet Depos and former Production Case Manager. She lives in Beaufort, SC, with her jaunty Jack Russell Bocephus. Her free time is mostly spent beaching, reading, baking, gardening and sprucing up Banjolele Cottage, and touring the Low Country and beyond with the ever-faithful pup.